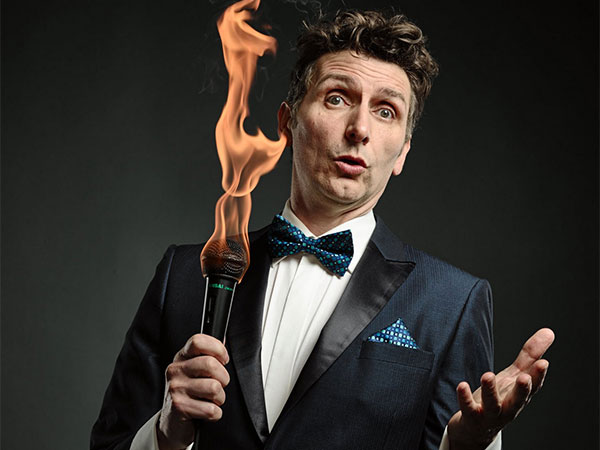 Get Smart featuring Don Adams as the secret Maxwell Smart is without doubt one of the greatest comedy series of all-time. A product of the scatological minds of Mel Brooks and Buck Henry it was a favourite of mine growing up and while I loved the comedy I think I was more enamoured with the fantasy. Secret agents were my thing and while Maxwell Smart was fine for that half hour after school, The Men from Uncle and Sean Connery’s James Bond were my boyhood idols. My guest this week was also a fan of Agent 86 but it was not the espionage that caught his eye. It was the hilarity of cones of silence, men in letter boxes, lines like “not the grass, the grass” and particularly Adams’ relentlessly inventive physical comedy that took his fancy. And so it was that at the age of 18 Frank Woodley, nee Wood, set off for the Adelaide Fringe Festival with a comedy sketch show Gad.

The year was 1986, the show flopped but Frank, thankfully, kept at it. Not long after he met Colin Lane and the two, along with friend Scott Casely began performing together, enjoying reasonable success as the trio Found Objects. When Casely bowed out in 1992 Lano and Woodley was born and within 2 years the duo had conquered the Edinburgh Festival winning the coveted Perrier Award. And just two years after Edinburgh they were starring in their own, self-devised and self-written television show “The Adventures of Lano and Woodley”. It was a hit and two Australian comedy legends were born. 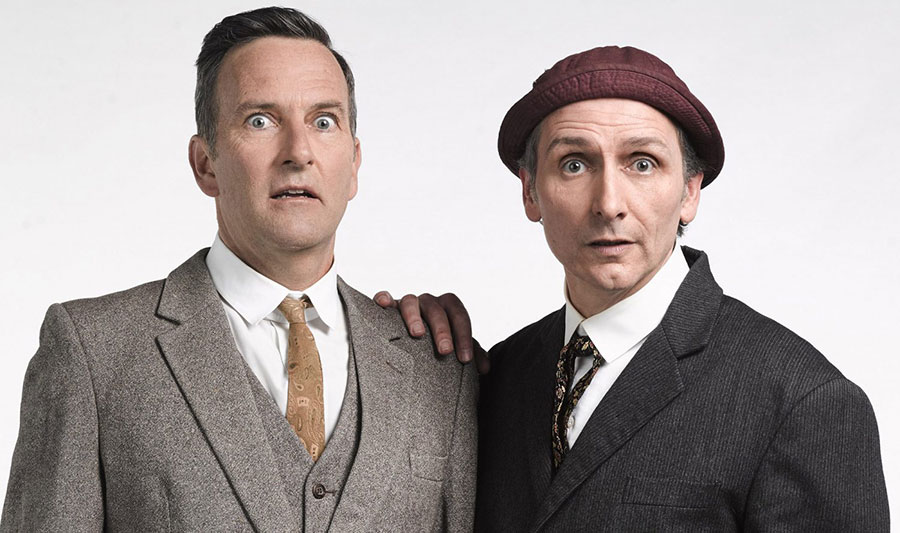 Together with Col, Frank had created perhaps one of the greatest modern expressions of that most recognisable of comedic forms, the double act, following in the footsteps of Laurel and Hardy, Abbott and Costello and Martin and Lewis. And when the duo decided to amicably split in 2006, thousands turned out across the country to catch one last glimpse of the much loved duo in their farewell show Goodbye.

In the years that have followed Frank has enjoyed a prolific and highly successful solo career which has included sell out shows at our major festivals and a television series Woodley and in doing so he has cemented his place in the Australian comedy pantheon, delighting audiences with his own blend of innocence, wit and physical comedy in the tradition of his heroes Keaton and Chaplin.

I hope you enjoy my conversation with the always thoughtful, always playful and always delightfully warm Frank Woodley.