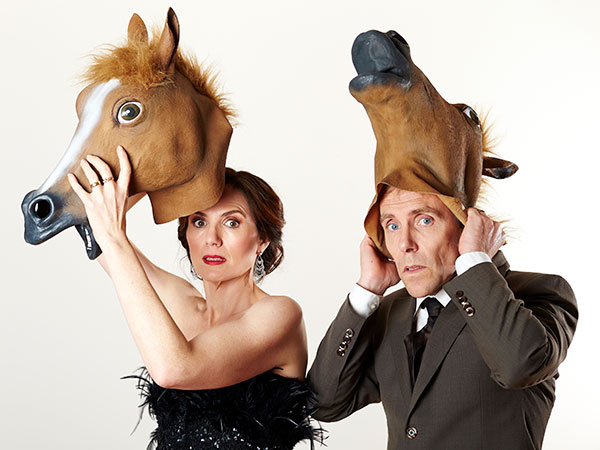 What qualities are desirable if you want to succeed in the arts? It’s an interesting question that for some reason has a habit of throwing up some rather abstract responses. Whenever the question gets posed it seems to encourage people to go off on the most extraordinary tangents for reasons known only to themselves. A colleague of mine remembers that when she was considering the visual arts she asked someone what they thought and was simply told “you’re going to be poor until you’re dead and then you’ll be famous.” Which is not exactly advice per se despite the fact that in some cases it’s actually true. I’m pleased to say she did become a visual artist and quite a successful one at that. Budding musicians on the other hand are regularly given warnings about the dangers of imbibing illicit substances. “Stay away from the drugs” they say. Sound advice for anyone really but as another friend of mine pointed out, the cocaine tends to come after you’ve achieved success, not as you’re searching for it. Luck is always high on the list of attributes one gets told they should aspire to but frankly, telling someone that they need to be lucky is, well, let’s just say it’s not really practical guidance. You can learn to sing but can you learn to be lucky? 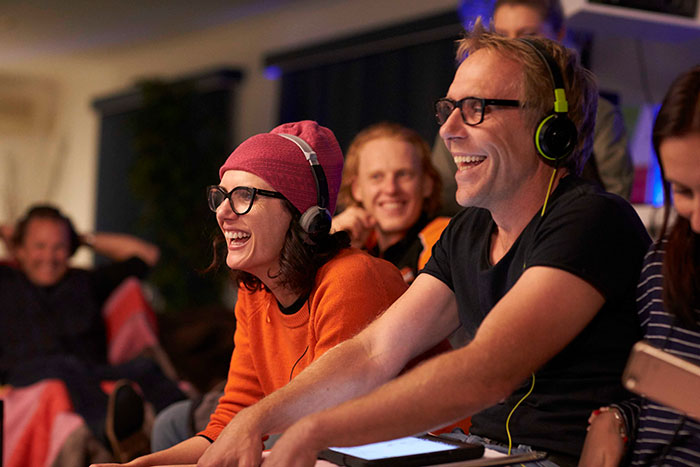 The couple at work

I was told that if I wanted to be a successful actor there were 10 books that I must read and that I should always dress like someone’s watching. I won’t bore you with the entire catalogue but I will say one was War and Peace and the others were in a similar vein. I will also happily confess that I am still to read Tolstoy’s weighty tome although I did have a copy of it on my bookshelf for many years until guilt forced me to give it away. Dress? I dress like a 58 year old and have since I was 20.
Over the years I’ve come to understand that the most valuable qualities one can have as an artist are those human qualities at the giving end of the spectrum. Openness, generosity, compassion and patience. If you throw in commitment, courage and drive you might just get somewhere. And when you sit down with Robyn Butler and Wayne Hope that’s exactly what you see.

The couple met as actors on a TV show in the late 90’s. Robyn, at the time a single mother, was initially wary of a relationship but Wayne gently persisted, they fell in love, married and in 2004 with a digital camera purchased from Tandy Electronics and a boom pole made from the leg of a camp stretcher they produced, wrote, directed and acted in their very first, very much hand-made TV series Stories from the Golf. A fine example of courage and commitment that brought them a little luck. Thirteen 5 minute episodes were produced which took them 5 minutes over the one hour of produced television drama required to apply to Film Victoria for development funding. An opportunity they seized with all four hands. 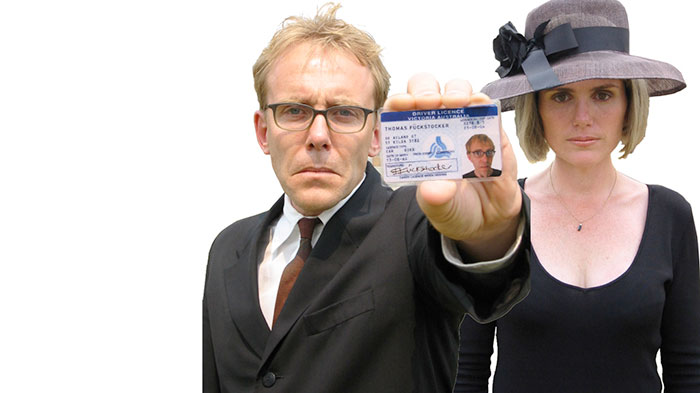 It all began with Stories from the Golf

Since then they have produced two daughters and their drive and commitment has seen them create a string of hit television series including The Librarians, Upper Middle Bogan, Very Small Business and Little Lunch. Their latest effort is a children’s detective series set in a Melbourne primary school and as luck would have it, straight out of the box, The Inbestigators has received overwhelming critical acclaim and become a bona fide international hit, seen in over 150 countries. But is it simply luck? 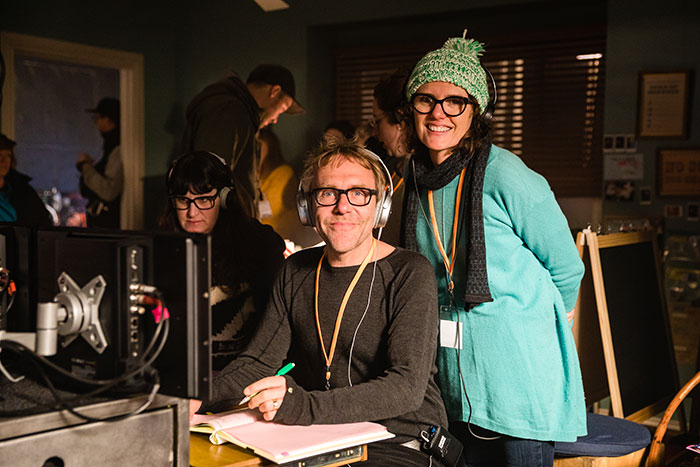 At work on The Inbestigators

We met in offices behind a nondescript door devoid of signage that is home to their prolific production company Gristmill. And in a room dominated by a whiteboard we sat around the table and had a lengthy, generously honest chat. I hope you enjoy listening to my conversation with Robyn Butler and Wayne Hope.